Aljezur is a small market town of whitewashed houses and cobbled streets located thirty kilometers north of Lagos near the border between the Algarve and the Alentejo in south west Portugal.

Straddling a fertile river valley, famed for its sweet potatoes, the town is dominated by the ruins of a tenth century Moorish castle, which sits at the top of a narrow and very steep cobbled hill. Entry to the ruins is free and the views from the top of the hill are spectacular. On one side of the river stands the old town, which dates back to the tenth century when the Moors first settled here. Christian armies conquered the town in 1246 and five centuries later, when Aljezur was rife with malaria, the Bishop of Algarve ordered the town's inhabitants to move to the other side of the river to escape the disease.

The oldest building in the new town is the eighteenth century Igreja de Nossa Senhora da Alva which is in the main square, surrounded by shops and cafes. More cafes can be found either side of the bridge that connects the two halves of the town. 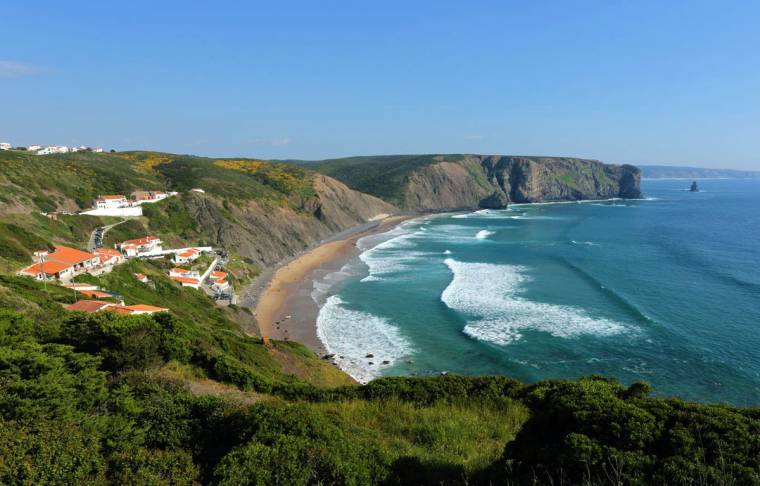 Aljezur is close to a number of spectacular beaches including Arrifana, Monte Clérigo and Carrapateira, all of which form part of the stunningly beautiful Parque Natural do Sudoeste Alentejano e Costa Vicentina, a strip of coastline that is protected from development.