In terms of historic significance and romantic beauty, Coimbra is second only to Lisbon and Oporto. Its ancient buildings cling to the side of the hill that rises above the curves of the river Mondego, the ornate buildings of the famous University of Coimbra are its crowning glory. 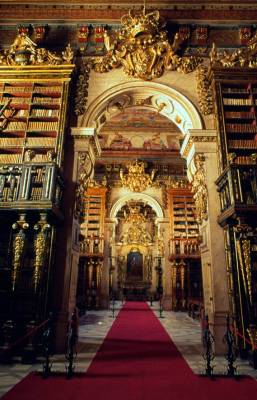 Indeed the university is still the lifeblood of the city and the change in atmosphere is notable when the summer holidays come and the thousands of students head back to their hometowns. Reputed to be the second oldest in the world, the Universidade de Coimbra opened it doors in 1290 and has produced many nationally and globally acclaimed academics. These include Zeca Alfonso, one of the main organisers of the democratic revolution in 1974, and ironically the creator of the dictatorship he helped overthrow, Salazar, not to forget Portugal’s most loved poet, Luis Camões. Its traditions stand strong and it is still commonplace for students to don black capes and coloured ribbons denoting their faculty. Despite its strong bonds with the past, nowadays the university has a truly international feel with students of 70 different nationalities coming to study in what is still one of the most revered centres of learning with the second most important library in the land. 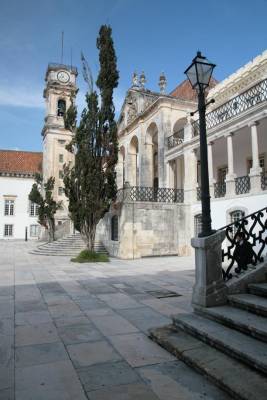 Besides the inevitable raucous nightlife and youthful activity typical of any university town, many of the town’s annual festivities revolve around the university and its students. At the beginning of each academic year, the new arrivals are welcomed in a noisy parade known as the Festa das Latas and given a baptism into academic life in the Mondego River. Other ceremonial events revolve around the presentation and then burning of the faculty coloured ribbons and last over a week! At such festas one would find many examples of the traditional music of Portugal – Fado – however in Coimbra it has its own distinctive flavour, renowned for being more melancholy and having complex lyrics. Caped bards of the university, known collectively as the Tuna Académica often perform such concerts. On a night out in the city, which generally centres around the Largo da Sé Velha, Fado performers draw crowds to bars and the aforementioned Tuna give impromptu concerts on street corners known as seranatas. Of course international style clubs and bars also provide a great night out, some staying open until daylight. 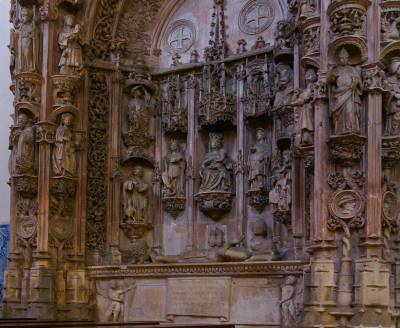 Beyond the university, Coimbra has much else to offer the visitor not least an array of medieval churches. Accessing the old part of the city through the Arco de Almedina, we find two cathedrals known as Sé Velha (old) and Sé Nova (new) referring to their respective ages, and though the ‘new’ one dates back to the 17th century its senior was founded in 1170. Regarding the old cathedral, a guided tour of the interior and cloisters is generally available from a willing student in return for a tip, however the décor tends to be quite simple and restrained in comparison to other churches. The Igreja da Santa Cruz is a perfect example of more elaborate architecture. Much of the Manueline style it boasts, which replaced the original Romanesque features dating from its founding in the eleven hundreds, are the product of serious remodelling in the early 16th century. The most impressive features are product of the skills employed from an acclaimed sculpture school that existed in the city at the time, notably the royal tombs and the intricate pulpit.

For the romantics among us, the Quinta das Lagrimas is an attraction as it was here, the Camões poem tells us, that the tragic love story of Portugal – that of Dom Pedro and his Spanish mistress Inês de Castro – took place in the 13 hundreds. The Portuguese ‘Juliet’ was reputedly killed in these gardens on the orders of the disapproving King, father of Dom Pedro. Distraught, the young prince made his courtiers kiss the hand of the beautiful young corpse. The two were finally united and now lay in the monastery of Santa Maria in Alcobaça. 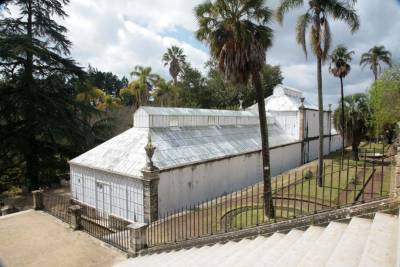 Coimbra also boasts the largest botanical gardens in the whole of Portugal and one of the most beautiful in Europe, with terraced formal gardens and areas full of densely populated foliage including many exotic trees. The 13 hectares of garden dedicated to the study and protection of plants and wildlife is linked to the Natural History Museum and was established in the late 18th century.

Another unique attraction in the town is the Lilliputian-like world of Portugal dos Pequenitos in which houses from every corner of the country and beyond are recreated in miniature. The fascinating collection includes palaces, castles, a Brazilian pavilion and a replica of the 16th century House of Diamonds from Lisbon.

A dozen kilometres outside of the city (accessible by local bus), the excavated ruins of the Roman town of Conimbriga are excellently presented. Originally an Iron Age settlement, the Romans can be traced here from as early as the 2nd century BC and the museum holds many interesting artefacts from the era including a bust of Augustus Caesar which would have been a centrepiece in the temple dedicated to him. Other remains include tessellated floors and mosaics, with motifs such as hunting scenes and African animals, villas, baths and a Roman road which links the ruins to the Museu Monográfico. 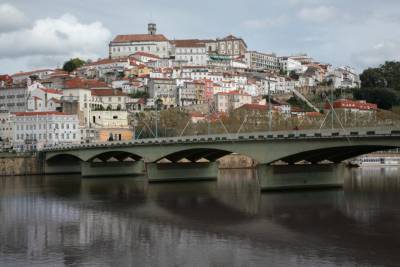 Coimbra Across the Mondego

The fortified town of Montemor-o-Velho to the west of Coimbra is another point of interest. In the middle of miles of rural landscape, it stands tall with its castle dominating the skyline. Originally from Moorish times, the castle we see today dates from the 14th century although the town itself has presided over and protected the Mondego valley from as long ago as 2000 BC.

Finally, from Coimbra one most easily accesses Portugal’s largest national park, the Serra da Estrela, on the national road the N17. More information on this popular destination is connected to the town of Viseu.